OK, so everyone who knows what "Sliders" are raise your hand.

For the rest of us, sliders are frozen pre-formed hamburger patties. So called because (at least on Submarines) they are so greasy they "slide" off the bun. Now, I make a mean burger, secret family recipe we call "Norman burgers" after one of my deceased grandfathers. But every once in awhile (more often than not these days) I just want something quick and relatively easy that the kids like to eat. Enter our favorite brand of sliders. 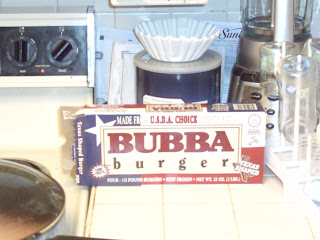 It's true folks, we've tried many different brands, these are the best.
For one thing, we like the shape of the burger 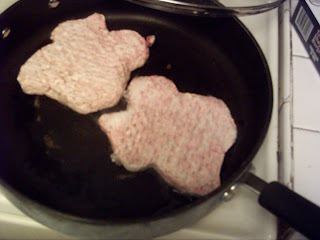 Notice that only 2 can fit in my skillet at a time. These suckers are bigger than the bun, that's after they're cooked.


OK, here we are ready for fixins. Yes, they are sliders, notice the paper towels? 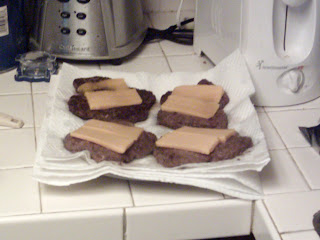 Now, while I'm fixing the plates, the child that I spent 3 months trying to teach to say the word "go" is calling out instructions from the living room. 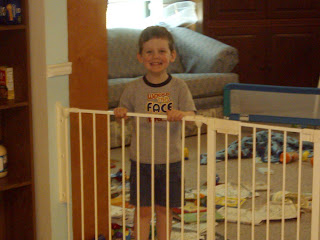 Nevermind the fact that I've been making his hamburgers the same way for 3 years now...

He must have been looking forward to those hamburgers folks, he started saying grace before he ever reached the table. 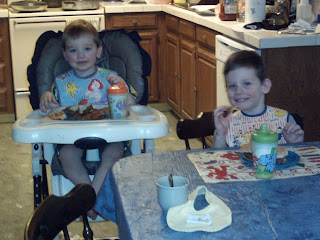 Email ThisBlogThis!Share to TwitterShare to FacebookShare to Pinterest
Labels: show and tell

The original Slyders are White Castle hamburgers. These litte bitty guys are well-known in the Chicago area and their headquarters building is in Columbus, Ohio. My son was inducted into their Hall Of Fame last year and his story is on their website. They don't look as big as your version, but then, I guess it's true that "...everything's bigger in Texas"....

Just like Suzan above...now ya got me hungry fer a nice greasy slider to satisfy that ocassional junk food cravin the old Cookie gets ever now and agin....

I love the Texas Burgers and will be looking for them for dinner.

Quill of Bill is Texan, and as you well know a Texan is something so awesome.(good for me:o)

I love the pictures of the boys, they look even more delightful than you describe here!!!(and fun and All BOY)

yup, makes me hungry too!! Have to send Subvet to the store for more. Jen, our local Super Walmart carries Bubba burgers.

Thanks for the info Chief!

I'm so glad I've already stuffed my face with a home made burrito. (In southern California, when in rome...)
anyways I got a kick out of your show and tell, thanks!
blessings....

Mmm....they look so good! I'ts almost 10:00pm here and I want a burger! LOL Your boys are so cute...looks like they loved them!

Oh Joy! Now I know why some folks call them SLIDERS! I always wondered!

Enjoy the Bubba Burgers and your weekend!

Isn't it wonderful to be able to serve something that the kids like? lol I've never heard of or seen these types of burgers but they sure look yummy!!! xox

Pea, truth? My kids eat anything that doesn't eat them first! I was blessed with good eaters and good sleepers!!