First though...Linda, are you sure he's not relate to you?? 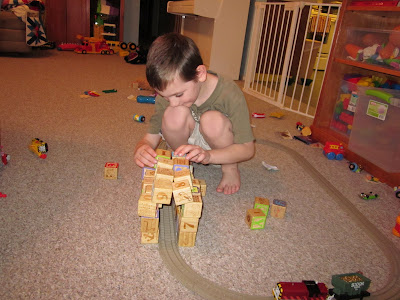 So, after we went home and got dressed (in big boy underwear!) we headed out again. Our first stop was back to the Heard Museum.

We did a little better with the Ice Age Mammals than last time, at least we all made it through the rooms....QUICKLY.....with a bit of whimpering.

But our real destination was their NEW EXHIBIT.....DINOSAURS!!!

Spread out along one of their 1/2 mile loop trails we had a great time with these! 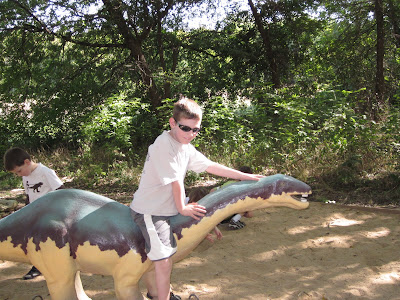 Started with a bit of fun in the sandbox.


Then we found this guy.....Sister did fine till they started to make noises! So Sonshine was able to go investigate while we held back a bit, then we trotted past and on to the next! This dinosaurs sounded like a cow!! 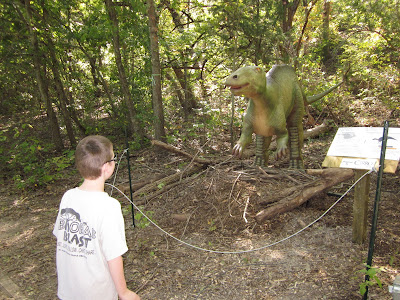 Sonshine told me this guy was letting him know where all the OTHER dinosaurs were so we could find them. 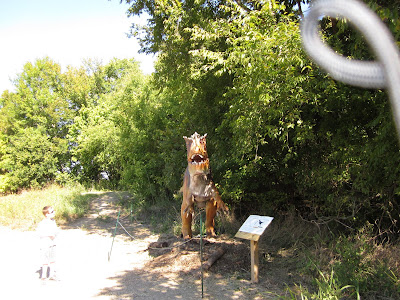 No, I wasn't being attacked by a giant snake, that's the string from the camera! haha. 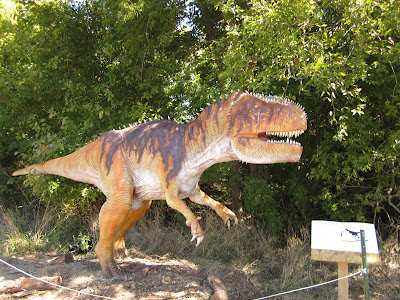 This guy sounded like he had the hiccups! (or was bleching depending on your point of view) We started telling him "say excuse me" every time he made noise. That did help Sister get a bit happier....that and her security stone that she picked up along the way. 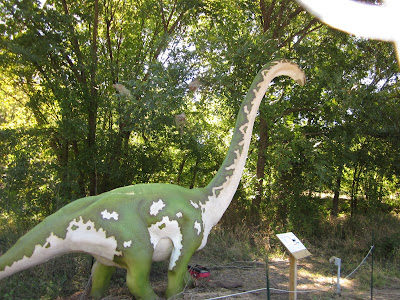 I thought this was a bit gruesome and not exactly family friendly. Could have missed it myself. And yes, his head went up and down with "chewing" motions......ick. 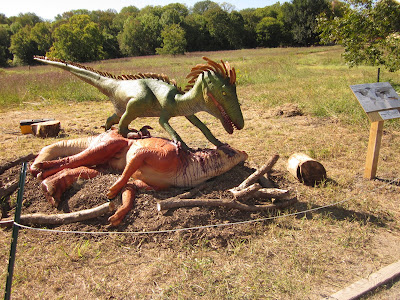 This next guy was entertaining.....he'd periodically spit water at the onlookers. I'll bet most celebrities could identify with the sentiment.... 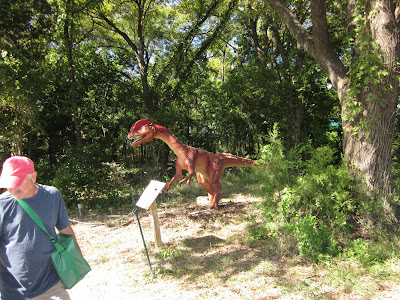 Since we'd had fish the night before and Sister ate the most of all of us....she and this guy were kindred spirits for sure! 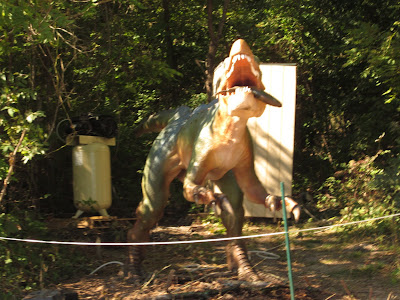 The last on our trail was also the biggest! Sonshine called him the Big Fat Dinosaur!! 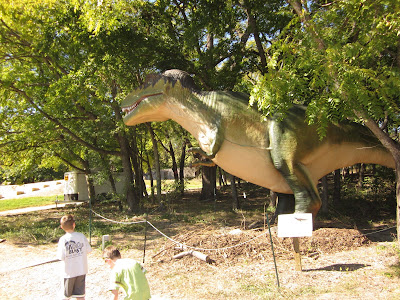 Somewhere along the way after we finished the dinosaur trail Sister lost her Security Stone....but not before I got a picture of it! 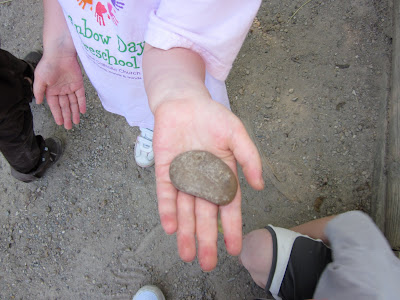 We took a turn through the zoo part and the butterfly house, both of which you can see here. 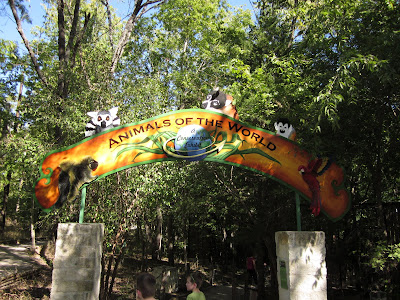 Then we headed out to Chili's for lunch.

Next we had an abbreviated stop at the Library for some new movies and books. It was abbreviated because Gator had his first two accidents of the day while we were there....One right after the other. First came the diarrhea, yeah, run down the leg and drip in a puddle on the bathroom floor before we can get to the stall kind of fun. Then after 15 min of cleanup from that and new clothes, we're not out of the bathroom 3 minutes before I hear "I'm wet!". Sure enough! Back for another change and I decided I was done exploring town for the day!!

We enjoyed watching our movies and then headed to bed.

Day 2 started waaaay too early for Mommie and I'm really looking forward to picking Daddy up in another 5 hours! So far we've done nothing but get the hooligans dressed and hang out at the house, after lunch I've promised them balloons from the store (it was the bribe to get the boy to wear the underwear!) then on to pick up Subvet! yipeee. I really hope he's had a good time on his retreat. Guess I'd better get myself dressed and get some lunch on the table!!

What a neat place to take the kids! Wishing you well!!! Cathy

Oh, what a fun park for the kiddo's. I love places like that.

What a cool park! I'd have loved the sound effects! lol

Oh, neato! Would my little guys be all over that, or what?? We've seriously got to visit your neck of the woods someday!

My kids would have just loved this dinosaur park when they were younger. Jamie is still quite the dinosaur fanatic so I suspect she might even like it at age 17!