Well, when I first got a digital cameral I made a BIG MISTAKE.
I would let the boys look at the pictures on the little screen.
This may not sound like much of a mistake, but it IS! (So I'm bothering telling you so, to quote Dr. Seuss)
From that moment on, every time I pull out my camera, both boys drop whatever super cute thing they're doing and come running to me. I've tried to tell them that I won't have pictures to look at if they don't hold still long enough to take one...but they're boys. Holding still isn't in their vocabulary. 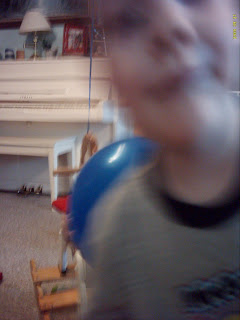 Sonshine running to see the camera. 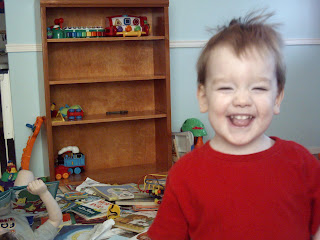 Alligator running to see the camera.

Learn from my mistake folks, never, NEVER let the kids know that they can look at super cute pictures of themselves on the camera!! Otherwise you'll have to take stealth photography lessons too!
at 1:02 PM

LOL too cute! There were no digital cameras around when my boys were little so I didn't have that problem! lol I'll have to remember that if I ever end up with grandchildren...heaven knows I'll be taking tons of pictures of them! hehe xox

Oops I forgot to answer your question regarding what kind of lilies I have...they are pink Asiatic Lilies. I had bought 4 plants last year and was surprised to see more than double that come up this year and to see so many buds on them!! xox

OH I think those photos of you kids is great...yeah I know they get all camera goofy when they see a camera...I can remember my youngest the moment she saw the camera she was striking a pose....

Thanks for visiting my blog and leaving such kind comments....I am much better today....she was discharged from my unit....and recovering....last night it was the alcoholic going threw the DT's I had to protect from himself....

I cannot get past anything in the post except the most adorable little guy in the last photo!

I love the expression!

The trouble with Gator-boy is that HE KNOWS just how cute he is!!