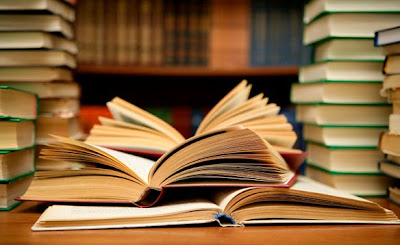 For reasons of a crazy work schedule I'm going to have to put Thesaurus Thursday on hiatus for a couple of weeks. I'm just not going to be at the computer reliably to put it up. I appreciate your patience, and I'll let you know when my schedule evens out...sometime after Labor Day. In the meantime it's up to YOU to keep your brain and funny bones in shape till T-T returns.

The Thesaurus Thursday answers and winners for last week are:

zein - –noun
1. Biochemistry . a soft, yellow powder of simple proteins obtained from corn, used chiefly in the manufacture of textile fibers, plastics, and paper coatings.
2. a synthetic fiber produced from this protein.

Our ONLY player was Roger last week, so Roger, you're the silliest of gooses, thank you for playing!!

His silly definitions were:
Zein - What happens while bowling(drunk of course), as in "I be zein the zone..."

Attelet - The first word in that commonly used phrase: "Attelet you know when I find out."


I've been very entertained by Sonshine this week!

One evening when talking about his day at school, Sonshine told me the following story:

This was soo funny I emailed his teacher to see what he was talking about! Here's her response:

"As soon as I read the third sentence of your email I knew exactly what he was talking about- I will put your mind as ease about first grade!! ;) Last year as part of our reward bucket we had little plastic fingers that fit over the finger like a thimble. They had only the finger nail part of the finger with a long painted finger nail. My girls loved them because they got to foo-foo themselves with a fake nail. I thought I had them all collected and put up but I guess not!! :)

To be perfectly honest... Sonshine's story is sooo much more interesting than what really happened!! hee hee"


Then, the other night I made some passing comment that Daddy was losing his hair....when Daddy walked in the bedroom to tuck the boys in Sonshine told him (all in one breath!)

"Daddy, you're losing your hair. Someday you're going to wake up in the morning, look in the mirror, and say "Oh NO! I don't have any hair! It's all gone! I've gone bald!' "

THEN, this morning, I was trying to get Sonshine to try a bite of the new apple banana muffins Daddy'd made for breakfast. He took A bite under duress and said he didn't like it. Then Dad came up and said,

TWO EATEN MUFFINS LATER.....Sonshine tells me, "Excuse me, Mom! I like the Green Eggs and Ham muffins!"

To which I could only reply, "You do? You like Green Eggs and Ham muffins? You like them Sam I am!"
at 6:47 PM

The muffin story sounds like a Calvin and Hobbes comic. Great story.

Wishing you well and looking forward to visiting when you're "home." Cathy

Dr. Suess books are my favorite

I can't believe that worked!